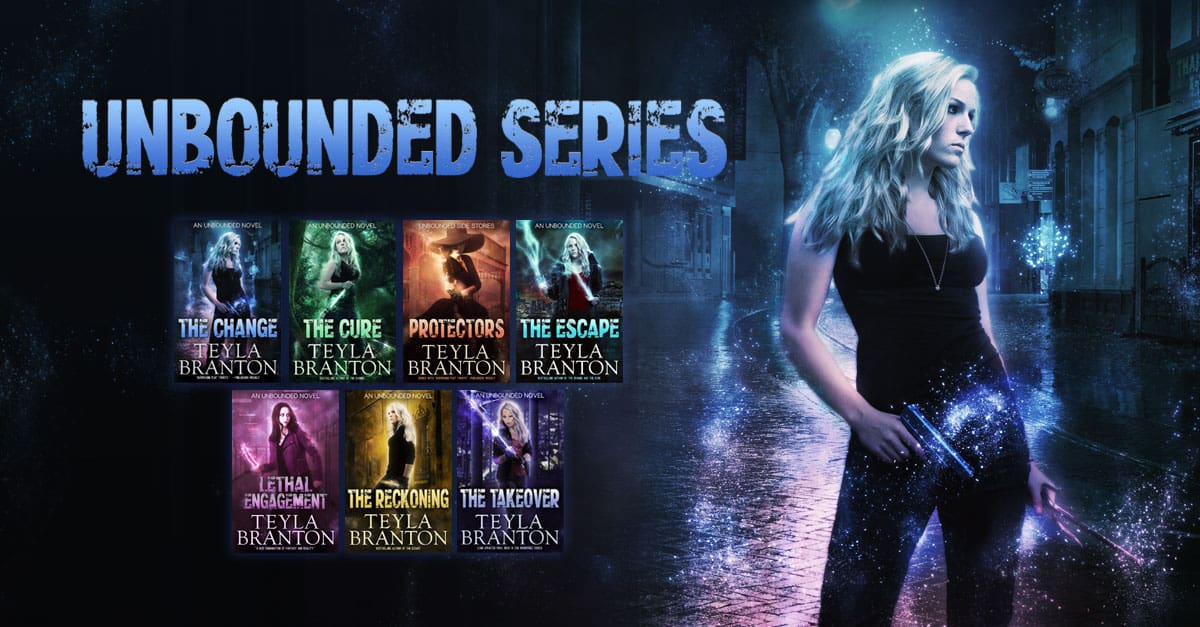 Since we rearranged the book numbers on the Unbounded series to help readers know the best order to read them, I still occasionally get some questions about the order. Here’s the scoop.

So far five of the Unbounded novels are from my main character Erin’s point of view (1st person). But I also have three novellas (published singly and now bundled together as Protectors Book 3) and another short novel (Lethal Engagement Book 6) that are from the viewpoint of other characters in the series. Why did I write the novellas? Well, while the first novels I wrote give you all of Erin’s story thus far and cover the important conflicts with the Emporium, a few questions remained that I found myself wanting to explore:

I guess there could be more, but these were the pressing issues. If I had written the original series in 3rd person, I could have incorporated these side stories into the main series, but apparently my foreseeing gene wasn’t working well back then. So I wrote spin-off novellas, in 1st person, from four different characters. Some of them happen during the same timeline as the main series, but originally we didn’t want to break up the main series with numbering because, as I said before, you don’t have to read them to follow the main series. They are enjoyable extras. Plus, Amazon would not allow numbering like 2.5 if we wanted them to show up as a series. So instead of being tacked on at the end of the series, the novellas are now where they should be, more or less, and that leaves me free to write the next book. Yes, finally have several years doing other series. I’m very excited about it.

So you can read the entire Unbounded series straight through as they’re now currently numbered: 1-7. In fact, that’s what I recommend. Very simple.

But if you really want to know the order in regards to the timelime VS plot/spoilers to read the books, it goes like this. Current series books are in bold. 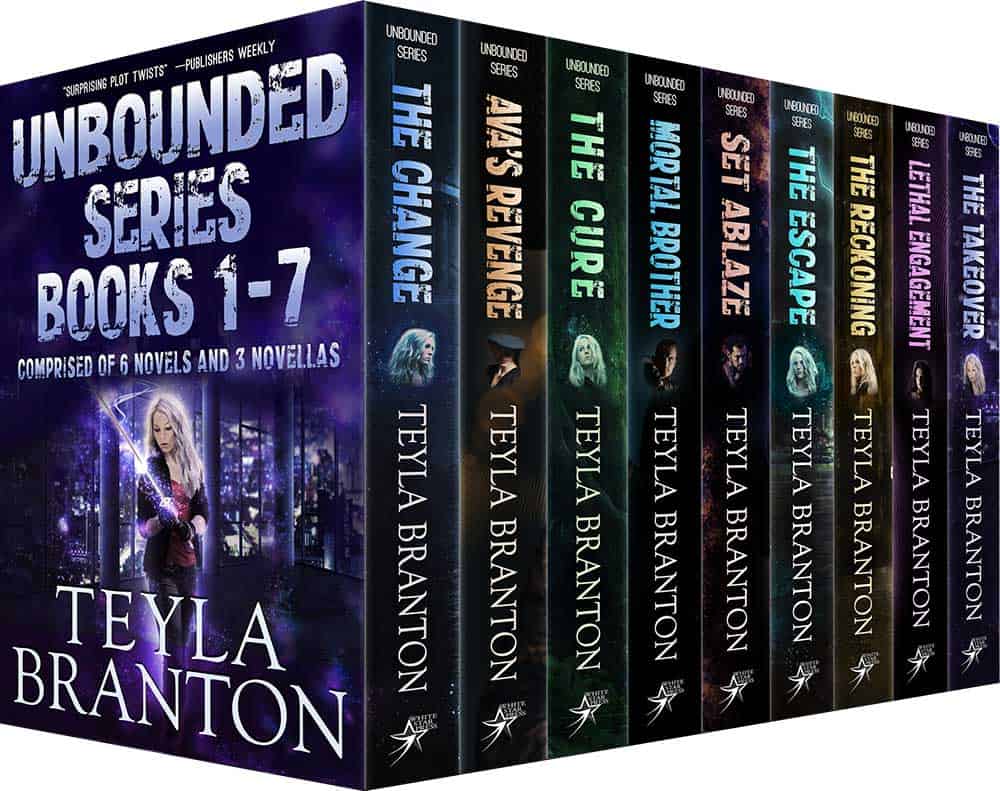 At the end of all the ebooks, we’ve included samples and a recommendation of what to read next. Or you can click here and get the purchase links for the entire series. However, this set is not on Amazon because they penalize longer books, which makes it so we can’t offer them for a decent price there. Google Play has the very best pricing, by the way! In future series, I hope to avoid adding books to an existing timeline, but sometimes when characters demand that I tell their stories, I don’t have choice.